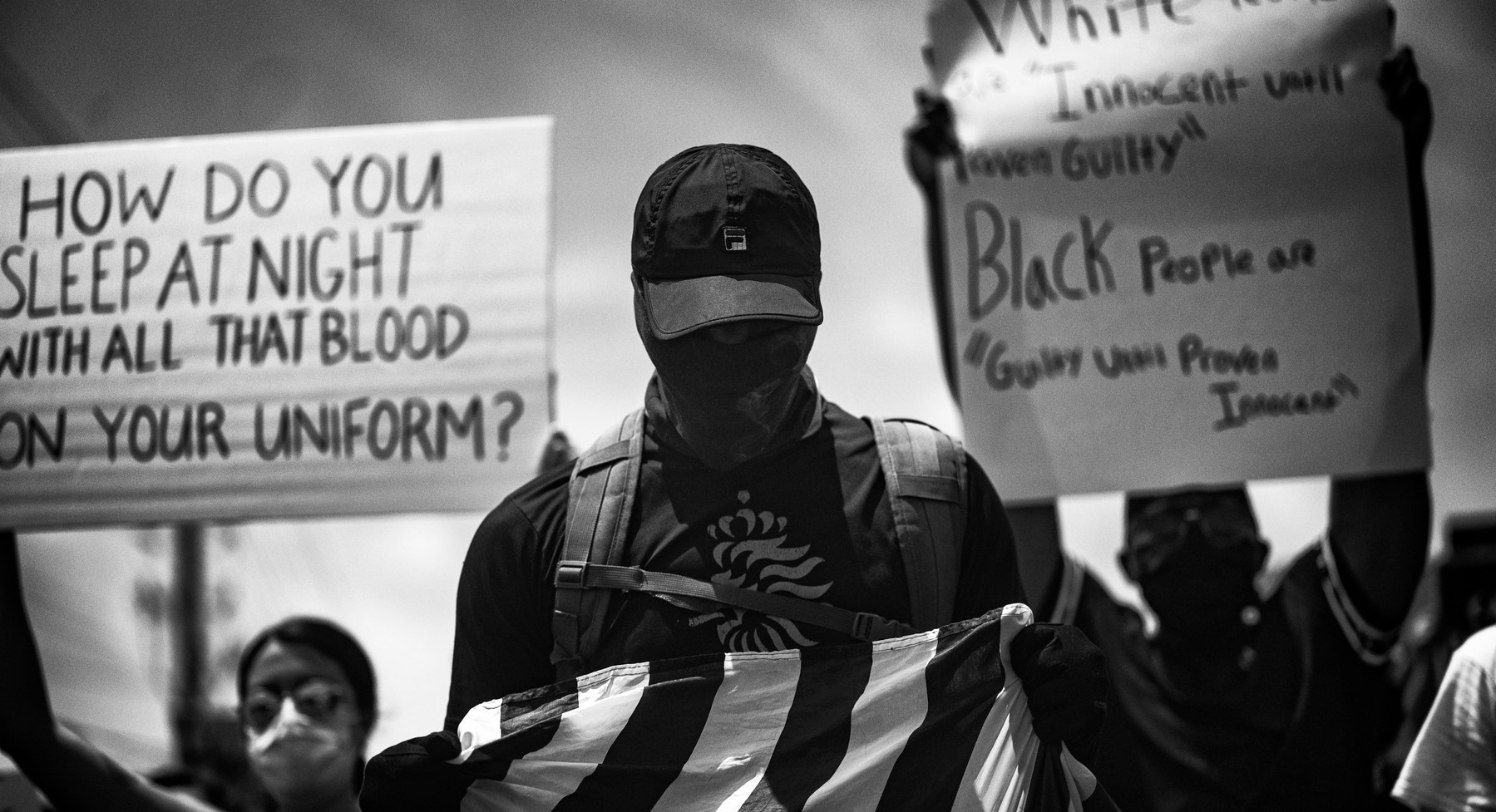 How do racial perceptions of crime bolster harsh and biased crime control policies? -- The Sentencing Project, 2014

What do Americans think about race and policing in the US? "Ten things we know...," The Fact Tank, Pew Research Center, 2020

Staffers walk out of Congress in protest over Brown and Garner Cases.  Photo by Brendan Smialowski of Getty Images, showing Congressional staff during a walkout at the Capitol in December 2014.