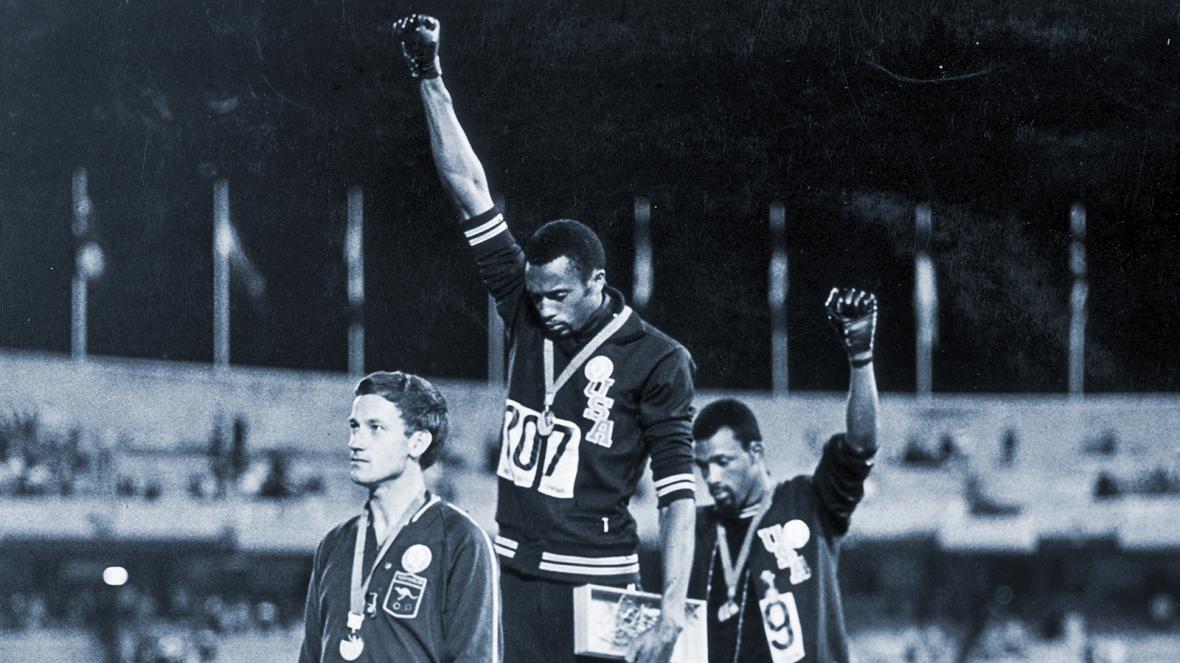 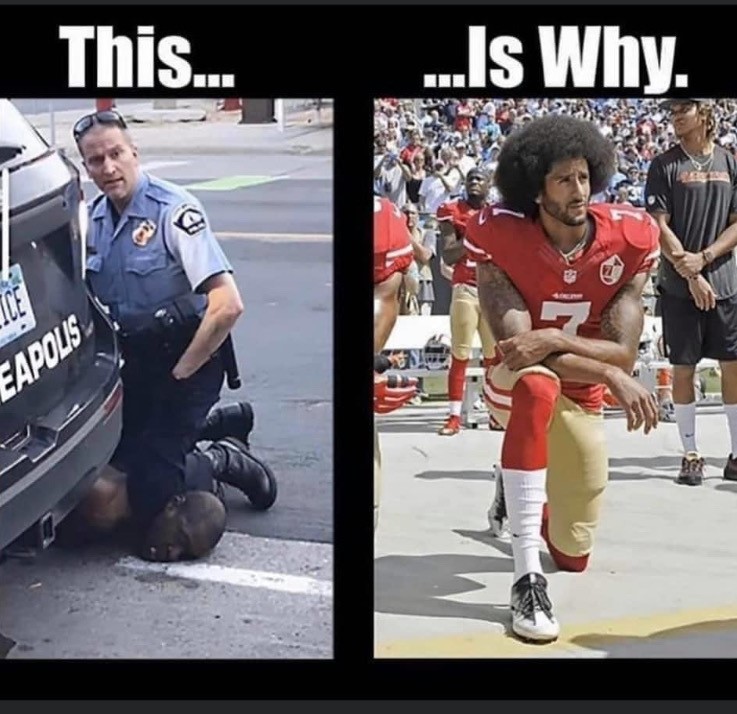 Protests Spread among more Athletes and Sports in 2020 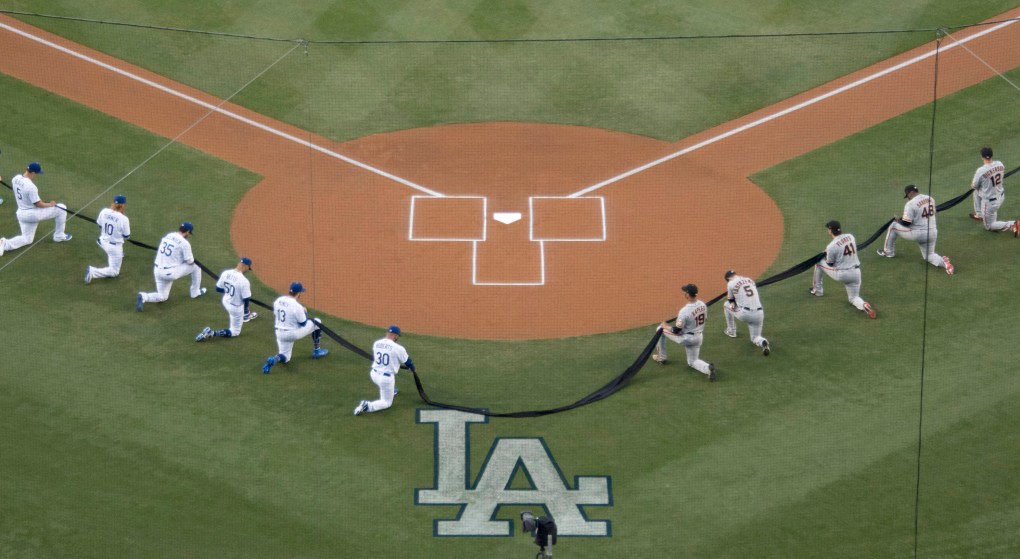 Los Angeles Dodgers and San Francisco Giants took a knee and held a black ribbon encircling the field during a moment of silence following The Players Alliance video. It was billed as a “Unity Moment” by MLB on Opening Day at Dodger Stadium in Los Angeles on Thursday, July 23, 2020. (Photo by Keith Birmingham, Pasadena Star-News/SCNG) 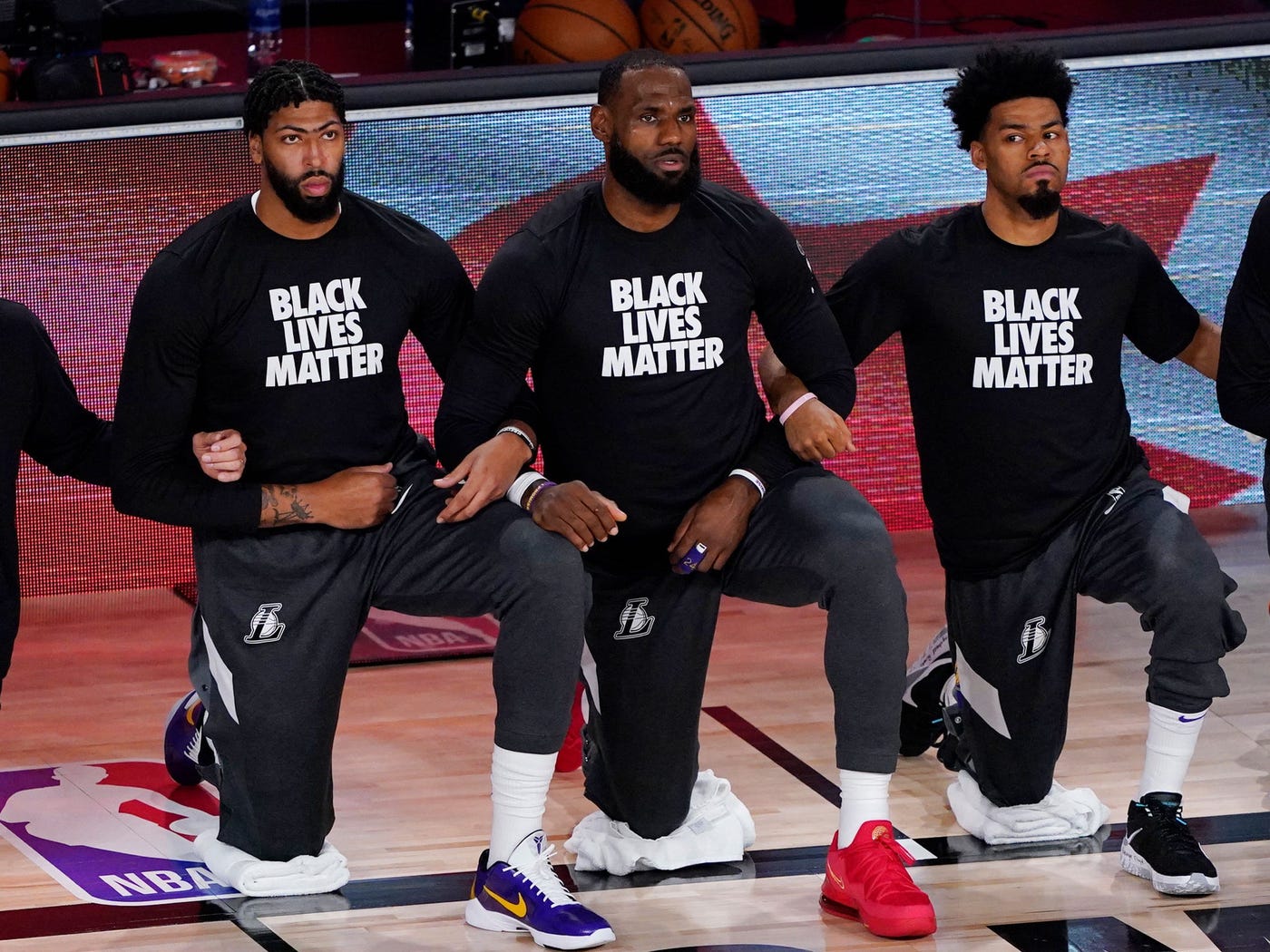 LeBron James takes a knee in solidarity with Black Lives Matter as the national anthem plays ahead of an NBA game, August 1, 2020.  Ashley Landis/Pool Photo via USA TODAY Sports