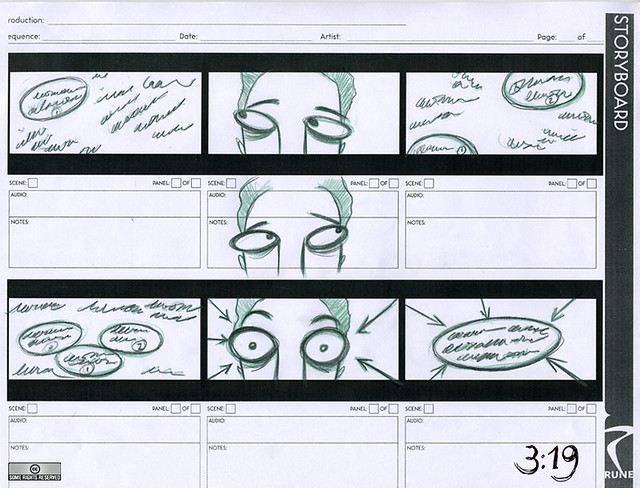 A storyboard is a graphic representation of how your video will unfold, shot by shot. It is made up of a number of squares with illustrations or pictures representing each shot, with notes about what’s going on in the scene and what’s being said in the script during that shot.  Think of it as sort of a comic book version of your script.

WHAT GOES IN A STORYBOARD? 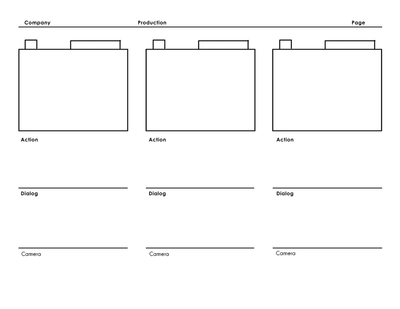 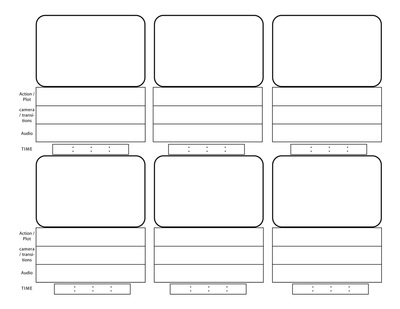 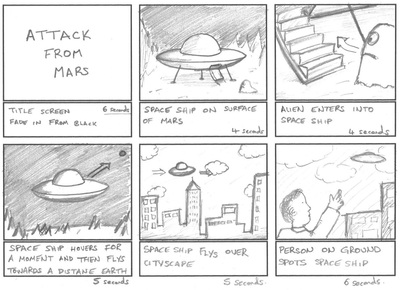 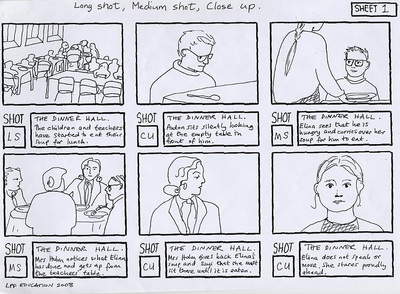 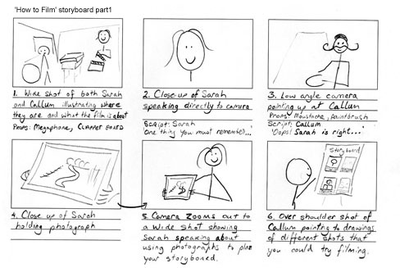