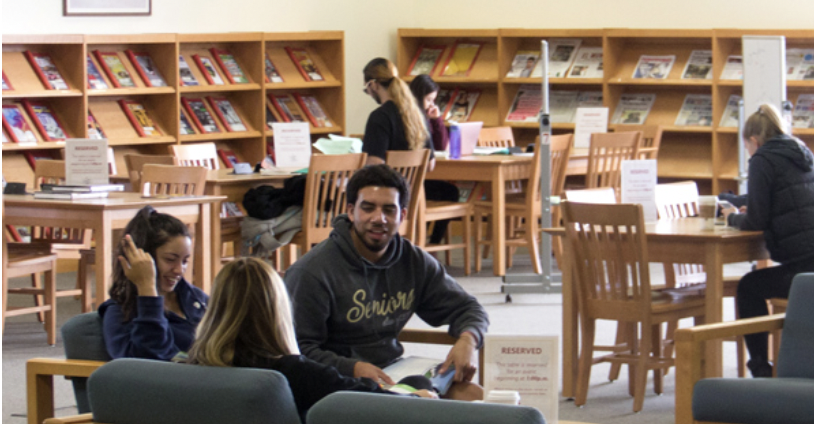 With so many sources available from the Library and the internet, we've curated a collection of films, articles and books to get you started. Did you find other important sources you think should be included here? Let us know! -Jessica <silversharpj@smccd.edu>

Taylor, Astra. 2020. You Are Not A Loan, The Intercept. "On February 7, 2020, weeks before Covid-19 disrupted our lives, a group of activists and academics gathered to discuss the growing movement to cancel student debt and transform higher education. You Are Not a Loan documents a unique gathering that brought together student debtors, organizers, and esteemed scholars to discuss the perils and possibilities of the moment. What would free college—meaning free as in cost and aimed at liberation—be like? How have racism and capitalism sabotaged public education as we know it? And what will be required to bring a radically different system into being? Featuring leaders of the country’s first student debt strike and some of the most revered thinkers of our day (including Wendy Brown and Barbra Ransby, Stephanie Kelton, and others) the film offers an intimate view of the ongoing and urgent grassroots struggle to democratize education—a topic that has only become more timely since it was shot. YOU ARE NOT A LOAN puts the current debates in a deeper context, and points toward the utopian horizon we will have to reach toward if we want to truly solve the current crisis." 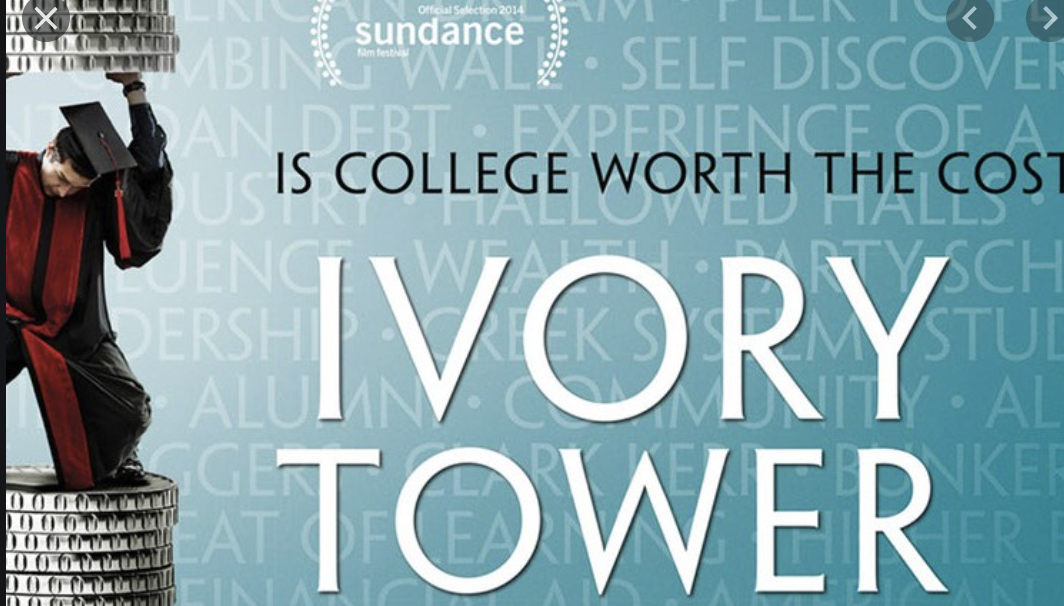 "As tuition rates spiral beyond reach and student loan debt passes $1 trillion...Ivory Tower asks: Is college worth the cost? From the halls of Harvard, to public colleges in financial crisis, to Silicon Valley, filmmaker Andrew Rossi assembles an urgent portrait of a great American institution at the breaking point. Through interviews profiled at Arizona State, Cooper Union, and Sebastian Thrun's Udacity...[the film] reveals how colleges in the United States, long regarded as leaders in higher education, came to embrace a business model that often promotes expansion over quality learning."

"STARVING THE BEAST examines the on-going power struggle on college campuses across the nation as political and market-oriented forces push to disrupt and reform America's public universities. The film documents a philosophical shift that seeks to reframe public higher education as a "value proposition" to be borne by the beneficiary of a college degree rather than as a "public good" for society. Financial winners and losers emerge in a struggle poised to profoundly change public higher education. The film focuses on dramas playing out at the University of Wisconsin, University of Virginia, University of North Carolina, Louisiana State University, University of Texas and Texas A&M." - Steve Mims.

"With the birth of the knowledge society, higher education is booming. There were 13 million university students in 1960. In 2015, their ranks had swollen to nearly 200 million. The number of students attending university is exploding around the globe, as a gigantic global student market is being forged… It’s a simple fact: for the past two decades, the new wealth producing champions have been business executives and members of the intellectual and scientific professions.

Universities are operating in the world’s most competitive knowledge economy. They are waging a ferocious battle to attract the brightest minds from around the globe. We delve into the key seats of decision-making, where money and politics intermingle, and show the deep cultural divide between a lucrative Anglo-Saxon model of funding and the universal independent European model. We also document the emergence of a new class of over-educated and over-indebted workers. Who really benefits from this heightened competition? Just how much debt should students take on? What is the real price for our societies? Is higher education set to be a big market?"

"College costs are insane these days. One answer is FREE COLLEGE paid for by the government, which many liberals and even some conservatives are getting behind. But, “free” college really isn’t free. That money has to come from somewhere. Is free college really as good as good as it sounds?"

Skyline College students: To access e-books, when prompted, log in using the same credentials you use for Canvas/SMCCD email. 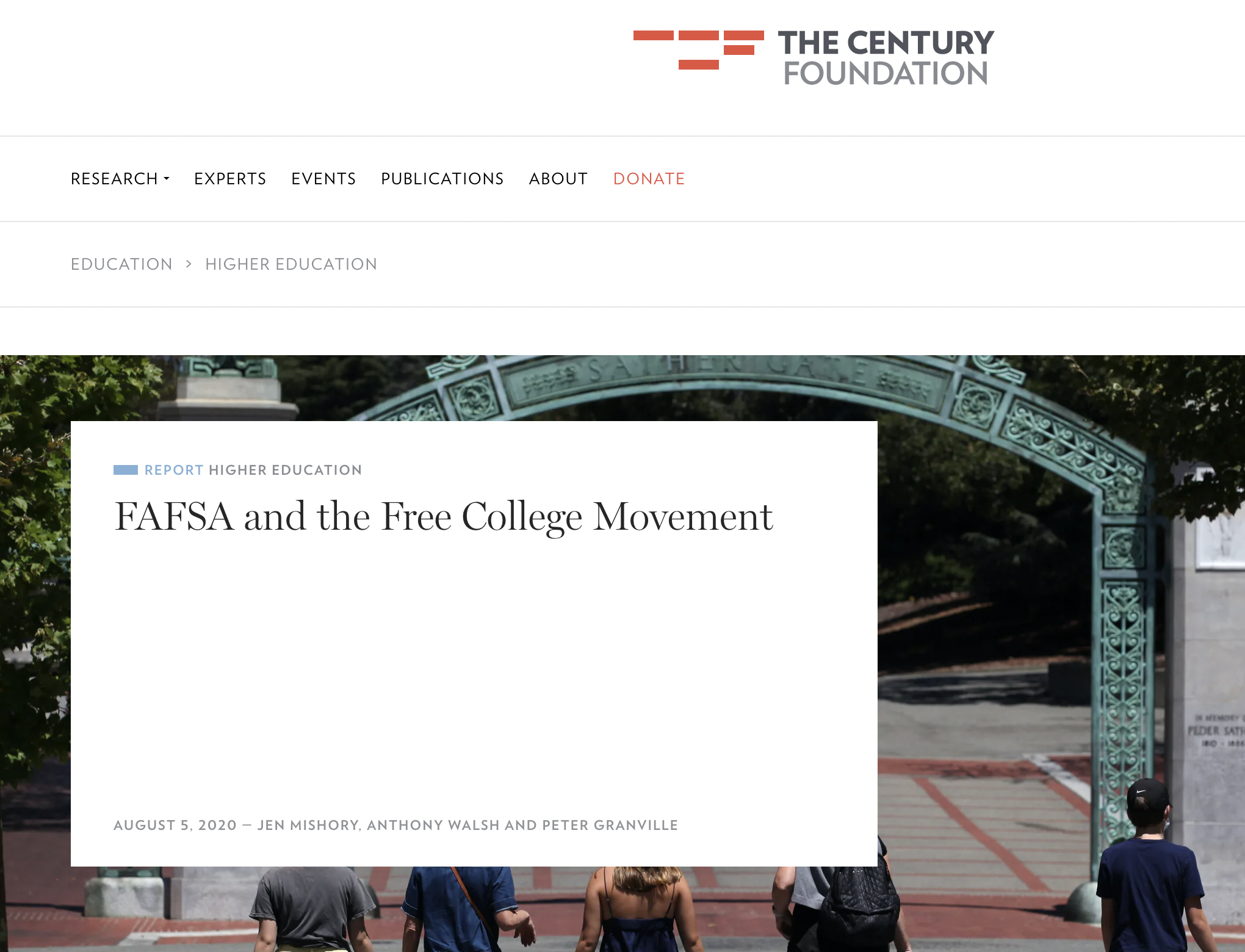