Tax Revenue in US States That Regulate Marijuana for Adult Use, as of November 2020 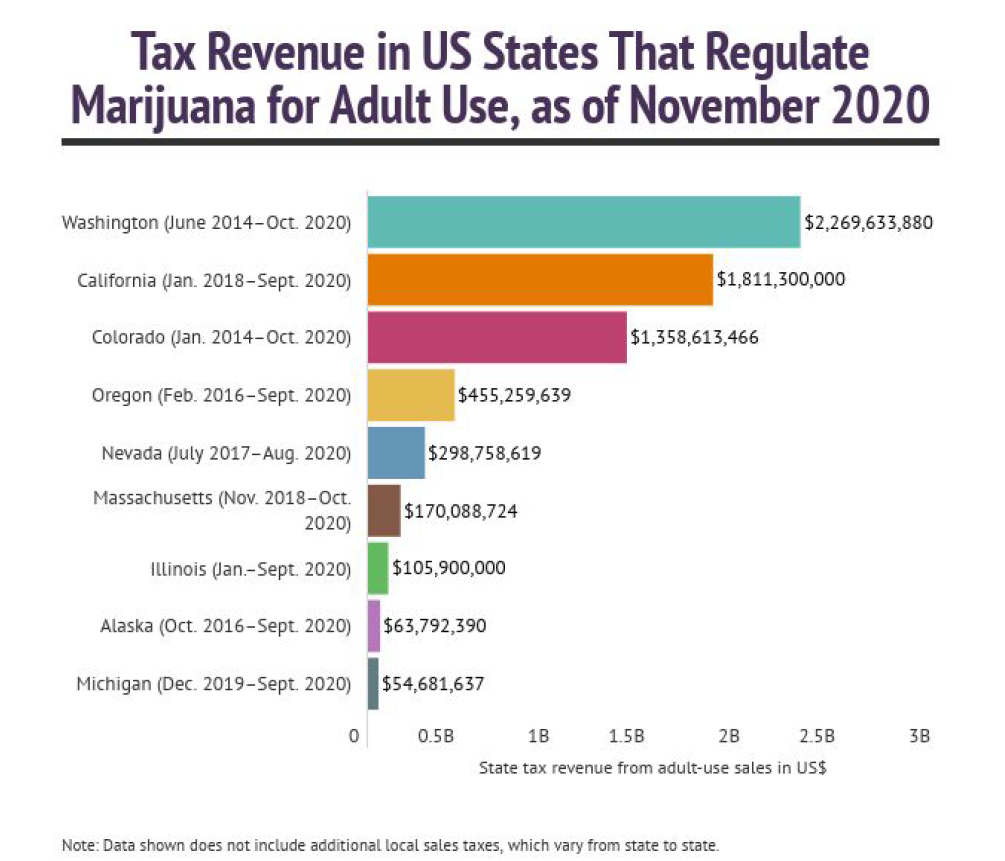 Tax Revenue in US States That Regulate Marijuana for Adult Use, as of November 2020 [Chart]. (2021). Gale Opposing Viewpoints Online Collection. Gale.
https://link.gale.com/apps/doc/FDWCJS294878483/OVIC?u=plan_skyline&sid=bookmark-OVIC&xid=5490ce31

Click here to send an email to the librarians.

Library Staff make every effort to respond promptly; however, replies may take up to 24 hours.

Is Driving High as Dangerous as Driving Drunk?

Any form of driving while intoxicated is obviously a bad idea, but smoking a joint or taking an edible before getting behind the wheel can pose distinctive risks. That, experts say, is because of the particular ways that marijuana affects the brain, and the fact that there’s no standard dose for a federally criminalized drug.

With alcohol, there are universally accepted quantities for what constitutes a single drink: 12 ounces of regular beer, five ounces of wine and 1.5 ounces of distilled spirits. There’s no agreed-upon equivalent for cannabis, said Marlene Lira, a senior research manager at the Clinical Addiction Research and Education Unit at Boston Medical Center. This makes it tricky for consumers to measure how much they’ve actually consumed, and to assess how much cannabis is too much before heading on the road.

More Young Kids Are Getting Sick From Cannabis Edibles

And for a young child — or anyone, really — that’s incredibly tempting.

Foods and beverages laced with cannabis have exploded in popularity. To protect children from accidentally ingesting marijuana edibles, some states have passed laws governing how these foods can be packaged and presented. Colorado, for example, requires the cannabis edibles to be contained in child-resistant packaging and include the letters “THC” (the main mind-altering chemical in cannabis). In addition, the state has banned the sale of edibles that look like people, animals or fruit.

But despite these measures, unintentional marijuana exposures have continued to climb in Colorado and elsewhere, especially in states where recreational cannabis has been legalized. In Washington state, unintentional cannabis exposures among children under 6 nearly tripled in the five years after retail cannabis stores opened. Nationally, in 2016 there were 187 exposures to marijuana edibles among kids 12 and under in the United States, according to data from the American Association of Poison Control Centers. By 2020 that number had risen to more than 3,100 — a majority of the children were 5 years old and under.