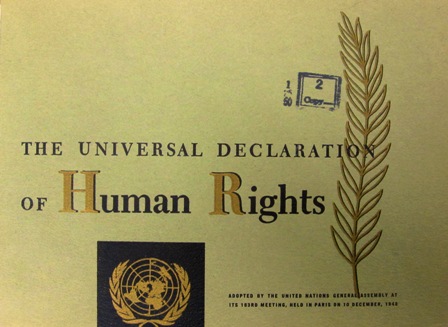 Much of the information relating to human rights was generated after WW II following the adoption in 1948  by the United Nations General Assembly of the Universal Declaration of Human Rights (http://www.un.org/en/documents/udhr/) and relates to legal or political rights.

However,  it is generally understood that human rights, from a philosophical or ideological perspective, can be traced to the beginning of civilization and concern the moral or implicit rights that are considered inalienable and inherent to humanity.

This guide is designed to help students find books, articles and other information relating to human rights.

Stop by the library (Bldg. 5, 2nd floor) or go to Ask a Librarian to connect with us via phone, chat, text, or email. Don't be shy; we're here to help you and no question is too basic to ask.