This is a course guide for Prof. Cross's research and writing assignment

The majority of the books included on this page discuss the historical origins of various bogeys and monsters. 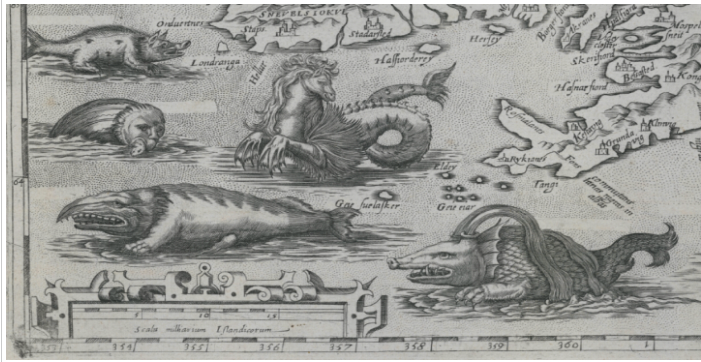 Close-up on the water-horse from Islandia, map in the Titled Collection. Islandia by Gudbrandur Thorlaksson, re-engraved from 1585 edition of map published by Ortelius. ca. 1620. Library of Congress, Geography and Map Division.

The e-books recommended on this page don't include every monster, zombie or bogey. Therefore, we encourage you to try your hand at finding your own full-text monster e-book from the thousands of books using the EBSCO eBook collection above.

Search tips: When you find a book that looks interesting, click the PDF icon on the left to view the entire book.

Next, try using the "Search within" box across the top of the page, to locate the specific pages in the book that reference your monster. Or, use the Index within the Table of Contents. 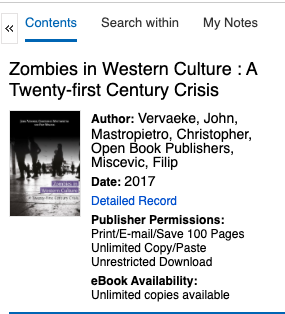 Dame Marina Warner is a novelist, historian and mythographer whose books about beasts and monsters have become classic reference sources for the study of this topic. Professor Cross has included excerpts of her works on your course Canvas page.

Open Library instructions: Click the blue Sign Up button to create a free account and read the book online. The book will return itself automatically in two weeks.

No Go the Bogeyman: Scaring, Lulling and Making Mock, also by Marina Warner, is not available as an e-book at Skyline College Library but Professor Cross has put it on Reserve for you to borrow for a limited time period.

If you can't make it to campus, Google Books provides portions of this book for free. Use the "Search Inside" box and enter the name of your monster.

New to Using E-Books? Ask a Librarian for Help